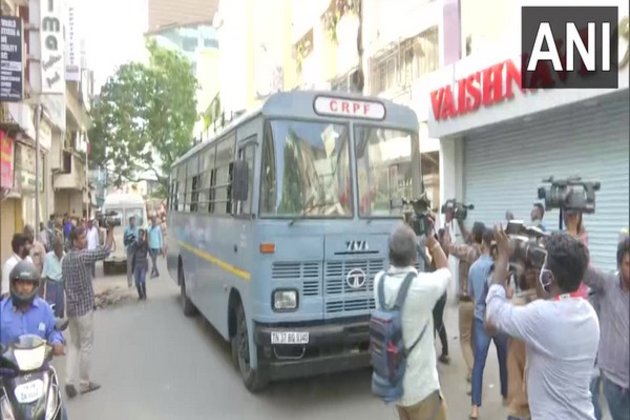 "Muslim youth should be patient on the action taken on PFI. Appeal of Muslim organizations Tanzeem Ulema-e-Islam, Kul Hind Markazi Imam Council and MSO have said in their statement that if this action has been taken for compliance of law and prevention of terrorism, then everyone should be patient on it," tweeted Muslim Students' Organization (MSO) of India.

It said the charges of murder, violence and possession of weapons against those arrested were serious. "However, these allegations have to be proved in court. All the organizations said that for the last several days there are continuous reports of anti-national activities of PFI," said MSO of India.

Keeping allegations of brainwashing the youth with Salafi Wahhabi ideology against PFI, MSO Of India said Muslims should help the country in its pursuit of stability and peace.

It said the Muslims of the country PFI and organisations of Salafi Wahhabi ideology are basically brainwashing the youth which is not in the favour of Islam, country and humanity.

"PFI and such Salafi Wahhabi organizations want to trick them against the basic ideology of Sufi majority population of the country but this situation is not in the interest of Islam, country and humanity. The organizations expressed confidence that they have faith in the judicial system, law and constitution of the country," it said.

A total of 106 Popular Front of India (PFI) cadres were arrested on Thursday in a joint operation conducted by the National Investigation Agency, Enforcement Directorate and state police forces across 11 states in the country's multiple locations, according to the sources.

While condemning the raids by the National Investigation Agency (NIA) and the Enforcement Directorate (ED) against its leaders, PFI stated that it will "never surrender" and alleged that the agency's claims are aimed at "creating an atmosphere of terror".

Issuing a statement against it, PFI's National Executive Council (NEC) said, "NEC has condemned the nationwide raids by the NIA and ED and the unjust arrests and the harassments of its National and state leaders across India and the witch-hunting against the members, and supporters of the organization.""NIA's baseless claims and sensationalism are solely aimed at creating an atmosphere of terror," it added.

It said that the Front will "never ever surrender" on the action taken by a "totalitarian regime".

The searches were conducted at multiple locations in the largest ever investigation process till date. The operation started late in the night around 1 am and is learnt to be concluded by 5 am involving over 1,500 personnel of state police, Central Armed Police Forces and officers of NIA and ED. Several incriminating documents, more than 100 mobile phones, laptops and other materials have been seized by the raiding teams.

The PFI was launched in Kerala in 2006 after merging three Muslim organizations. (ANI)